Simple Markup is a setting common in documents where tracked changes have been recorded. Simple Markup gives the reader a distraction-free view of their document after it has been edited. This feature does not incorporate the proposed changes made by the editor. The editor's changes will be readable by other readers if the changes are not accepted or rejected.

Upon first glance, a reader may assume that their editor returned the original, unedited document by mistake.

To view all of the changes tracked inside a document, follow these 5 steps:

Step 1:
Click on the Review tab of your Microsoft Word document. 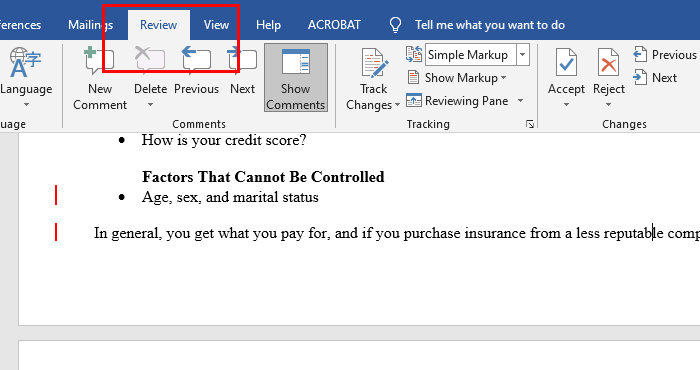 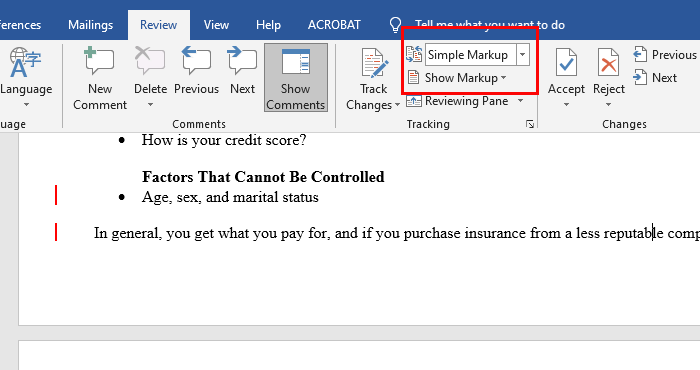 Step 3:
Click the right arrow next to Simple Markup to change the markup selection in the drop-down menu to All Markup. The tracked changes will become visible in the document after this step. 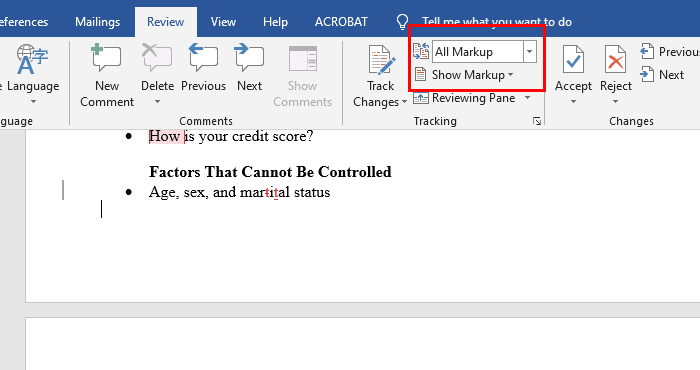 Step 4:
To increase visibility of the tracked changes, click the arrow next to Show Markup. A drop-down menu will appear with the option to Show All Revisions Inline. This option will highlight the tracked changes as you decide to incorporate the changes permanently.

For maximum visibility, select Show Revisions in Balloons. If there are several tracked changes, this feature might increase the difficulty in reviewing the changes. You can toggle between revisions inline and balloons to make the process of accepting and rejecting changes easier. 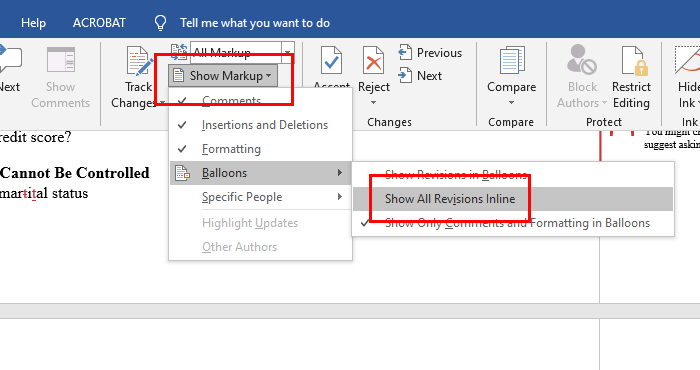 Step 5:
Once you have toggled between Show All Revisions Inline and Show Revisions in Balloons, you will easily distinguish your text from the editors' suggestions.

In the screenshot below, a straight apostrophe was changed to a curly one. This subtle change can be difficult to view in Simple Markup but is easily distinguished in All Markup mode.

The tracked changes feature is a powerful, collaborative part of Microsoft Word 2016. 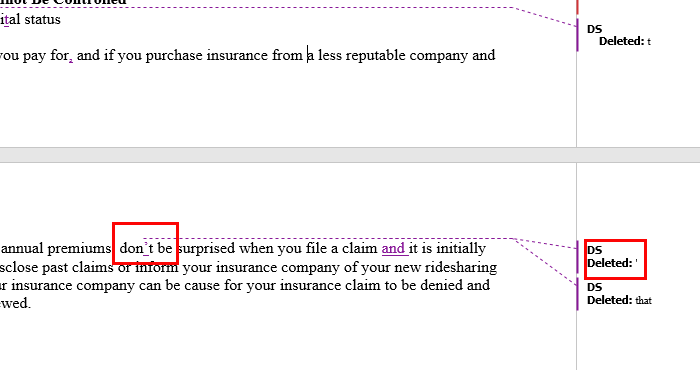 The email you entered is not associated with a Proof-Reading.com account. Please close this window and re-enter a valid email.